In: DVDs
With: 0 Comments

Presented in outstanding 5.1 DTS sound, this unique performance has been re-edited to 16.9 format for full-screen viewing.
The DVD was filmed at Nalen Theatre, in Stockholm on January 26, 2008.
The band was accompanied by a string quartet and played reworked versions of its own songs, as well as cover versions of songs by bands that have influenced EUROPE’s sound over the years: Pink Floyd, UFO, Led Zeppelin and Thin Lizzy.
The album is dedicated to Michelle Meldrum (RIP), John Norum’s late wife, who died on May 21, 2008. 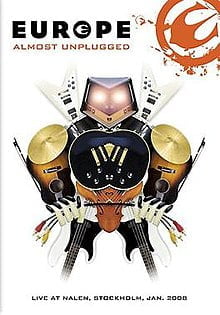