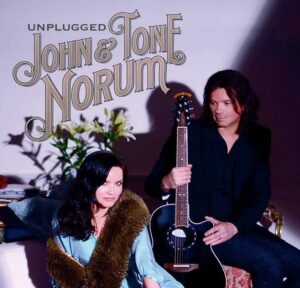 The siblings during the evening will invite us for a musical journey through their favorite songs. The play includes a hit cavalry with everything from Europe and Tone Norum to cover songs by Abba, Elvis Presley, Ted Gärdestad, Cat Stevens, David Bowie, Thin Lizzy, Al Di Meola, The Shadows, Fleetwood Mac, Mike Oldfield and many more.
Hits, Hits, Hits and Even More Hits! Gig is everything from ABBA via Europe to Tone’s hits with Tommy Nilsson. A cavalcade of hits/covers from ’60, ’70, ’80 and ’90s. JOHN NORUM is Europe (82-86, 04-) guitarist with the past in both Eddie Meduza (78-84) and Don Dokken (-90) & Dokken (-02). 9 solo albums have also got to be and a new one in September. “Let Me Love You”, “Love Is Meant …”, “Back on the Streets”, “We Will Be Strong” and “Face the Truth” are some of the solo hits. Some of the great things John had on his solo albums are Glenn Hughes (Deep Purple, Black Sabbath), Marcel Jacob (Yngwie Malmsteen, Talisman), Göran Edman (Madison, Yngwie Malmsteen), Peter Baltes (Accept), Kelly Keeling (Baton Rouge), Michael Schenker Group) & Simon Wright (Ac / Dc, Dio) mm. In 2012/2013, Europe celebrates 30 years as a band and this will be celebrated at the Sweden Rock Festival greatly as the gig is filmed for a live DVD.
John’s 1 year younger sister TONE NORUM broke through in 1986 with the debut album “One Of A Kind” written by Europe’s Joey Tempest. Hits like “Can’t You Stay” and “Stranded”. The tour premiere took place in Nöjesparken, Varberg October 24 the same year and then the success was followed up with one of Sweden’s biggest ballad hits “Allt i ik Känner” a duet with Tommy Nilsson from the film PS Sista Sommaren (Svensktoppen for 35 weeks during the period 31 January – December 4, 1988). Other hits during his career have been “Point Of No Return” were no less than Yngwie Malmsteen visits and “10 Times Out Of 1” a duet with Mikael Rickfors.
Updates from March 22, 2016: On April 15 my lovely sister Tone and I will do our last unplugged gig in Sandviken, Sweden, and after that we will go electric! I’d like to introduce our new drummer Peer Stappe! We are looking forward to play with this musical genius. More to come! /John
Check WHO’s talking about JOHN & TONE NORUM UNPLUGGED: https://www.facebook.com/notes/john-norum/check-what-has-been-said-about-john-tone-norum-unplugged/589791397712624/