John Norum’s 𝗚𝗢𝗡𝗘 𝗧𝗢 𝗦𝗧𝗔𝗬 featured for two weeks the 𝗧𝗢𝗣 𝗧𝗘𝗡 𝗔𝗟𝗕𝗨𝗠𝗦 chart (#3 and #7) – based on website views, social media activity and radio airplay – at the David Randall’s “Assume the Position” show for Get Ready to Rock! Radio (UK). Thank you David and GRTR! for all the great support along the years! https://getreadytorockradio.com/shows/assume-the-position-david-randall/ 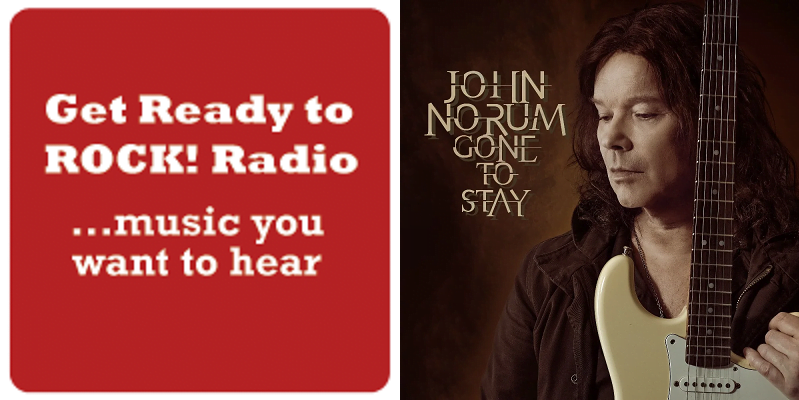 JOHN NORUM releases his new album “GONE TO STAY”.
John Norum is mostly known as the founder and lead guitarist of the rock band Europe, which quickly took the name as Sweden’s biggest rock export with songs such as “The Final Countdown”, “Carrie” and “Rock the Night”, and has sold over 15 million albums worldwide.

Today marks the release of his 9th solo album titled “GONE TO STAY”. Three singles from the album has previously been released: “Sail On”, “Voices of Silence” and “One by One” (feat. Åge Sten Nilsen)’ and now you’ll finally get to hear the highly ancitipated album in its entirety.

Among some of the previously unheard tracks from the album you can hear John Norum making a revisit of his song “Face the Truth” which was released back in 1992, his interpretation of none other than David Bowie’s “Lady Grinning Soul”, and another guest vocal performance by Åge Sten Nilsen on “Norma”.

The album is produced by John Norum together with Peer Stappe, and mixed by Wyn Davis.

The title track “Gone to Stay” is released together with a music video directed by award-winning Patric Ullaeus from rEvolver Film Company.
Watch the music video on GAIN YT channel: GONE TO STAY

“GONE TO STAY” is out now on all music streaming platforms https://orcd.co/gonetostay, as well as on CD and vinyl https://orcd.co/gonetostaycdlp (GAIN / Fifth Music Island).
The Japanese release by Victor JVC with the instrumental bonus track “Magnetic Soul” can be ordered at Jvcmusic.co.jp
Overseas people can purchase it via parallel exporting services: CD Japan, Amazon.JP and HMV Japan. 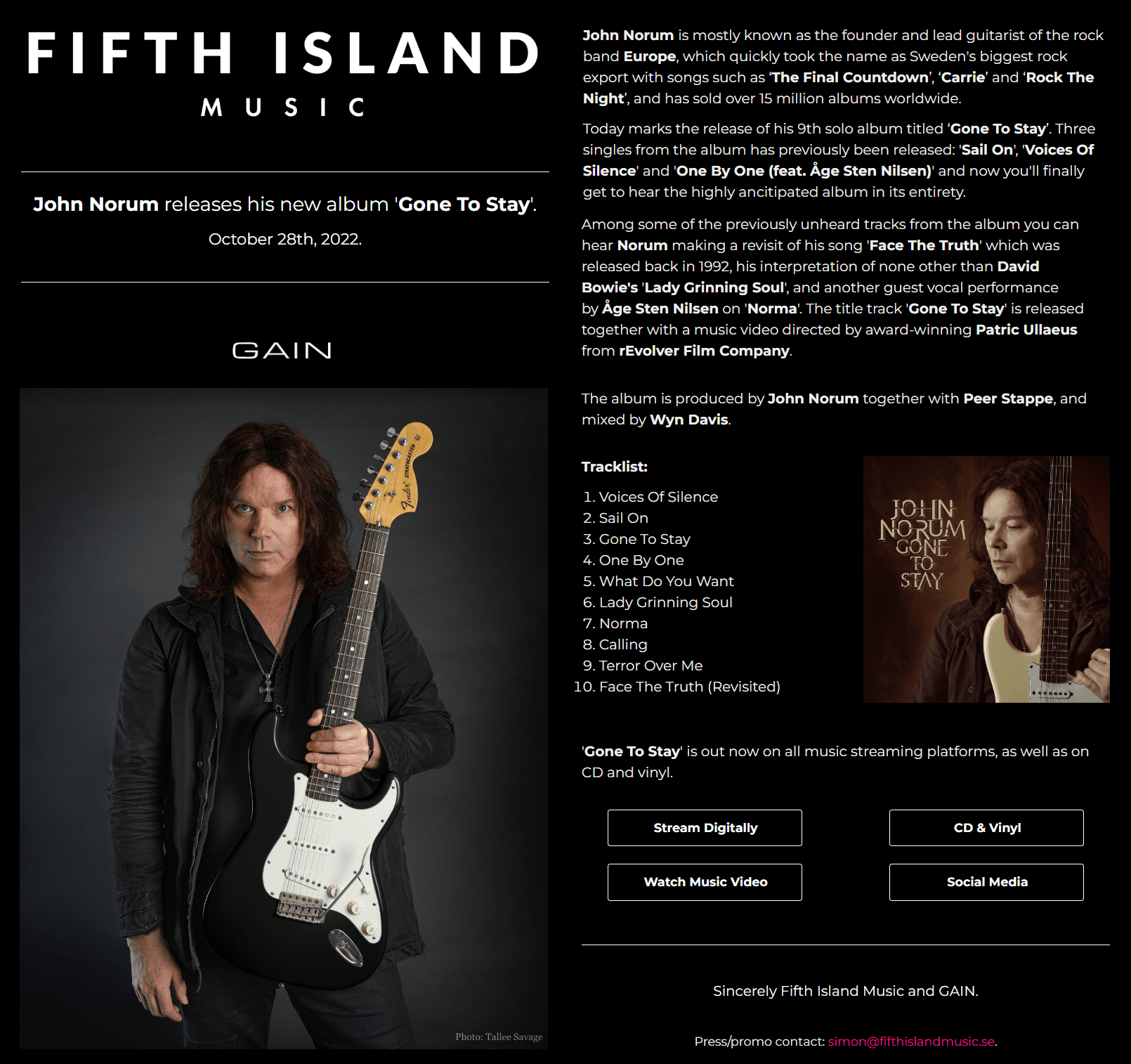 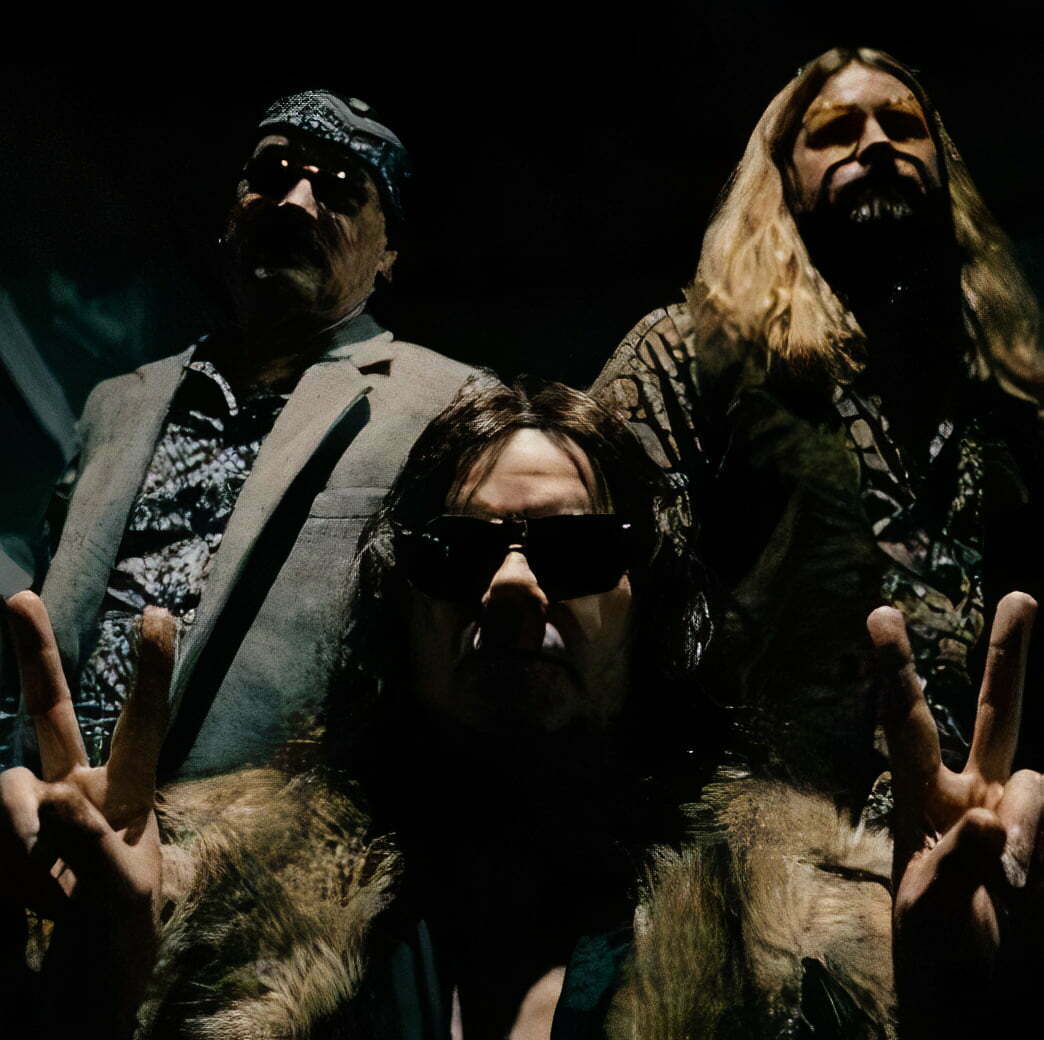 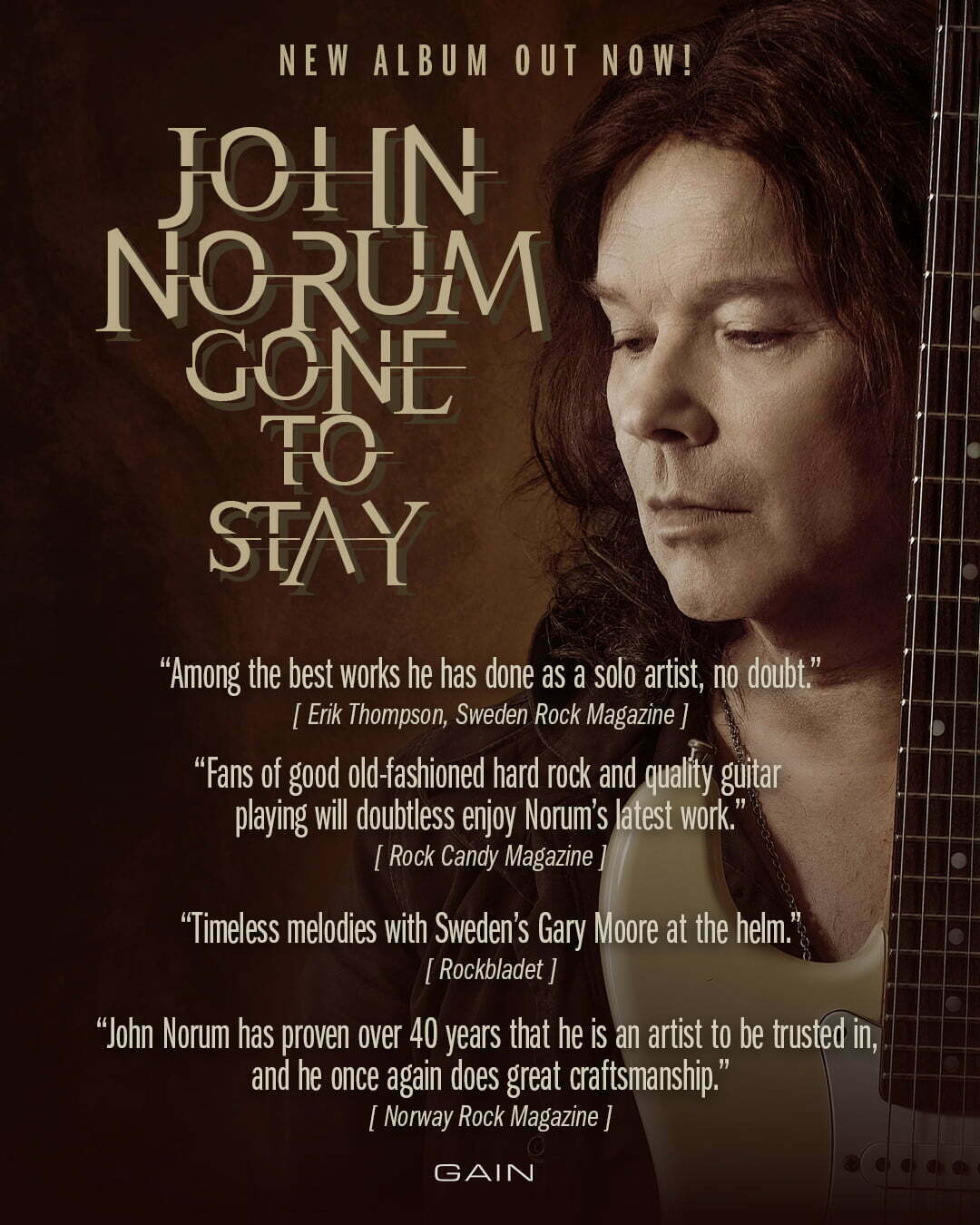 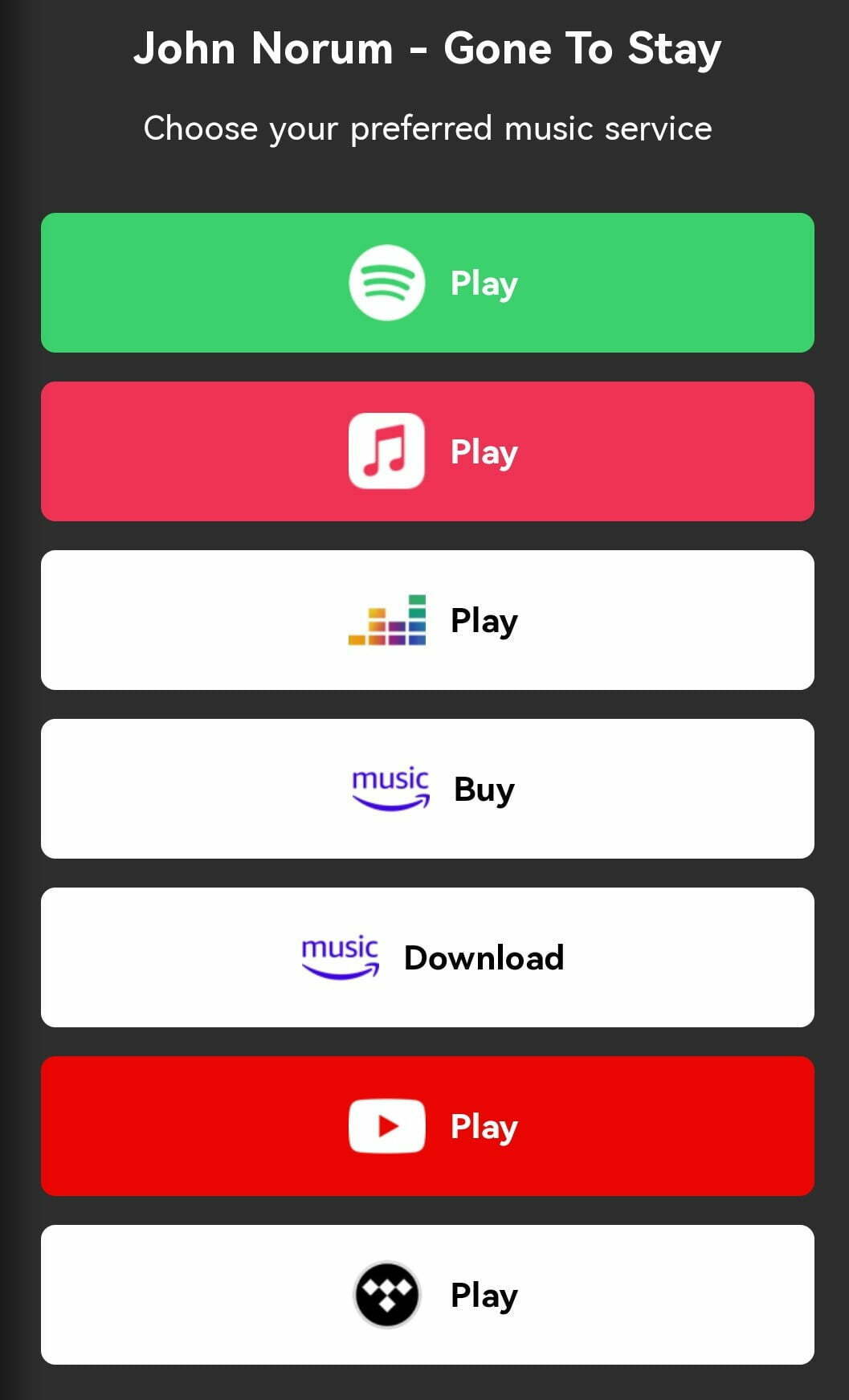 BUY your copy of the CD / Vinyl
https://orcd.co/gonetostaycdlp

JOHN NORUM‘s 9th solo album GONE TO STAY is out OCTOBER 28th by GAIN / FIFTH ISLAND MUSIC and VICTOR JVC! With three smashing singles released, we’ll finally get to hear the album in its entirety this Friday!

JOHN NORUM will release his 9th solo album titled “GONE TO STAY” on October 28, 2022.
Mostly known as the founder and lead guitarist from the rock band Europe that quickly took the name as Sweden’s biggest rock export with the songs “The Final Countdown”, “Carrie” and “Rock the Night”, and has sold over 15 million albums worldwide.

Two singles from the album have been released: “SAIL ON” and “VOICES OF SILENCE“, and will be closely followed by the third single “ONE BY ONE” which is set for release this September 2nd.

The album is produced by John Norum himself together with Peer Stappe, and mixed by Wyn Davis.

The album will be released on the 28th of October. It will be available digitally on all streaming platforms, as well as on CD and vinyl available for pre-order NOW. 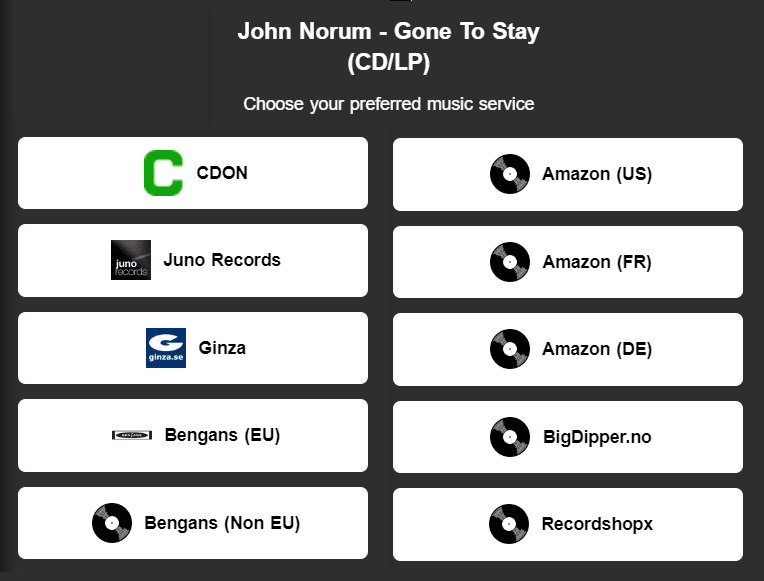 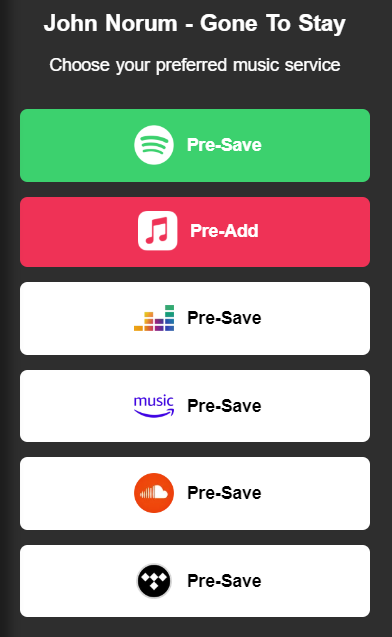 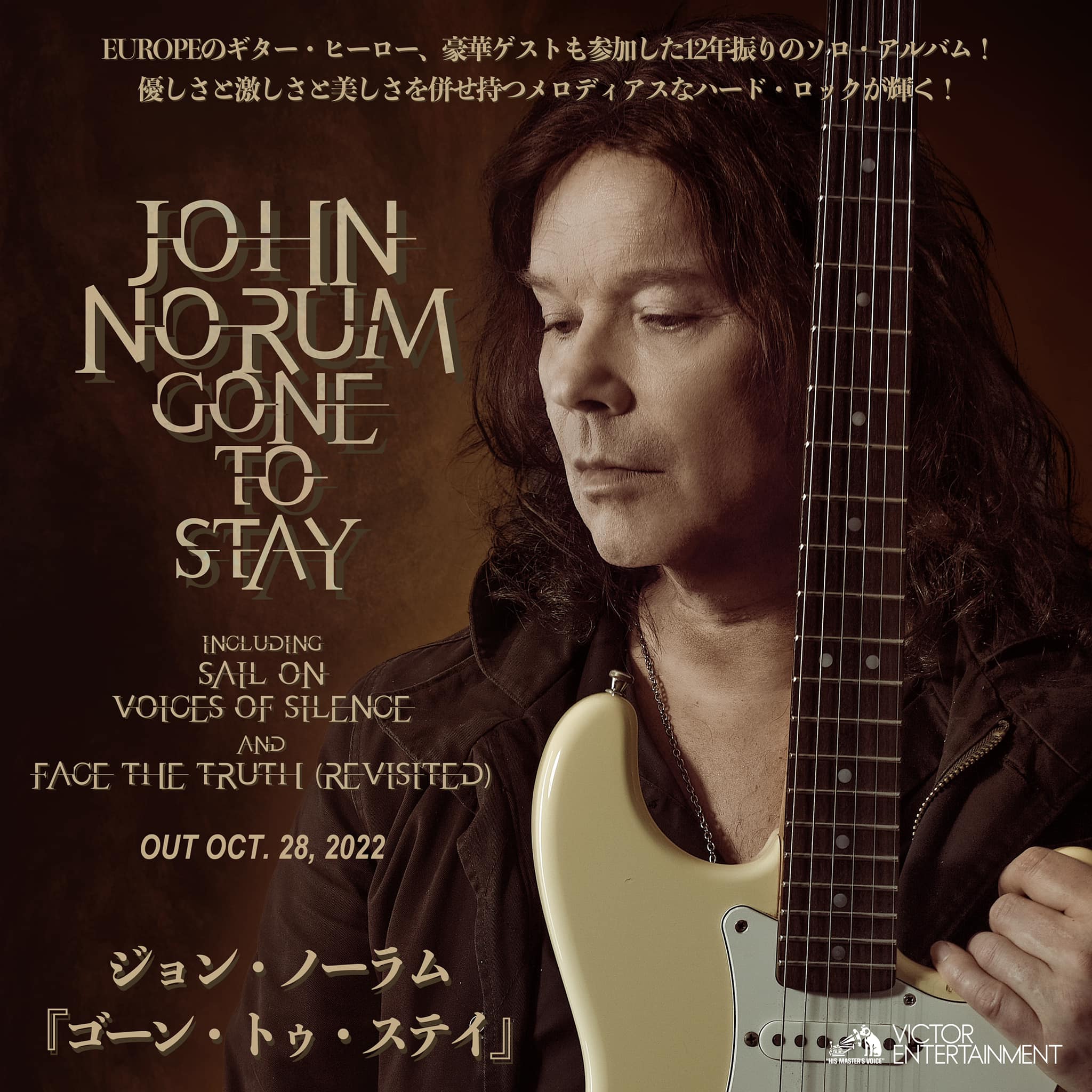 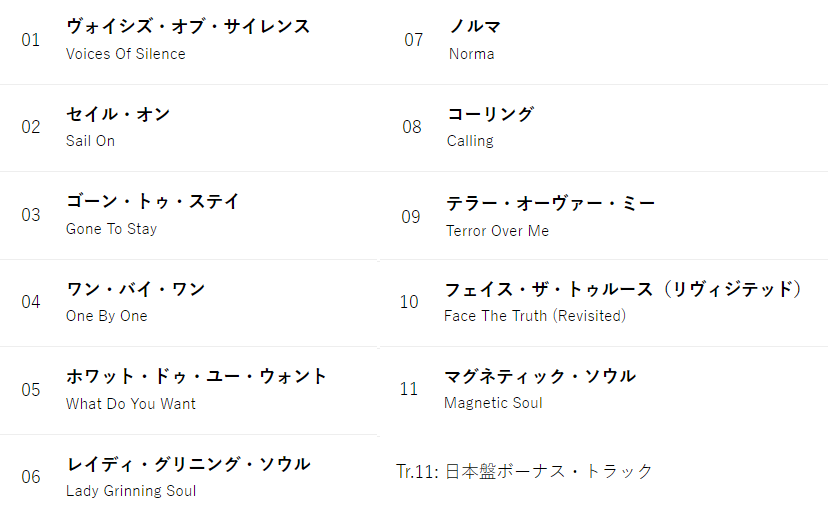 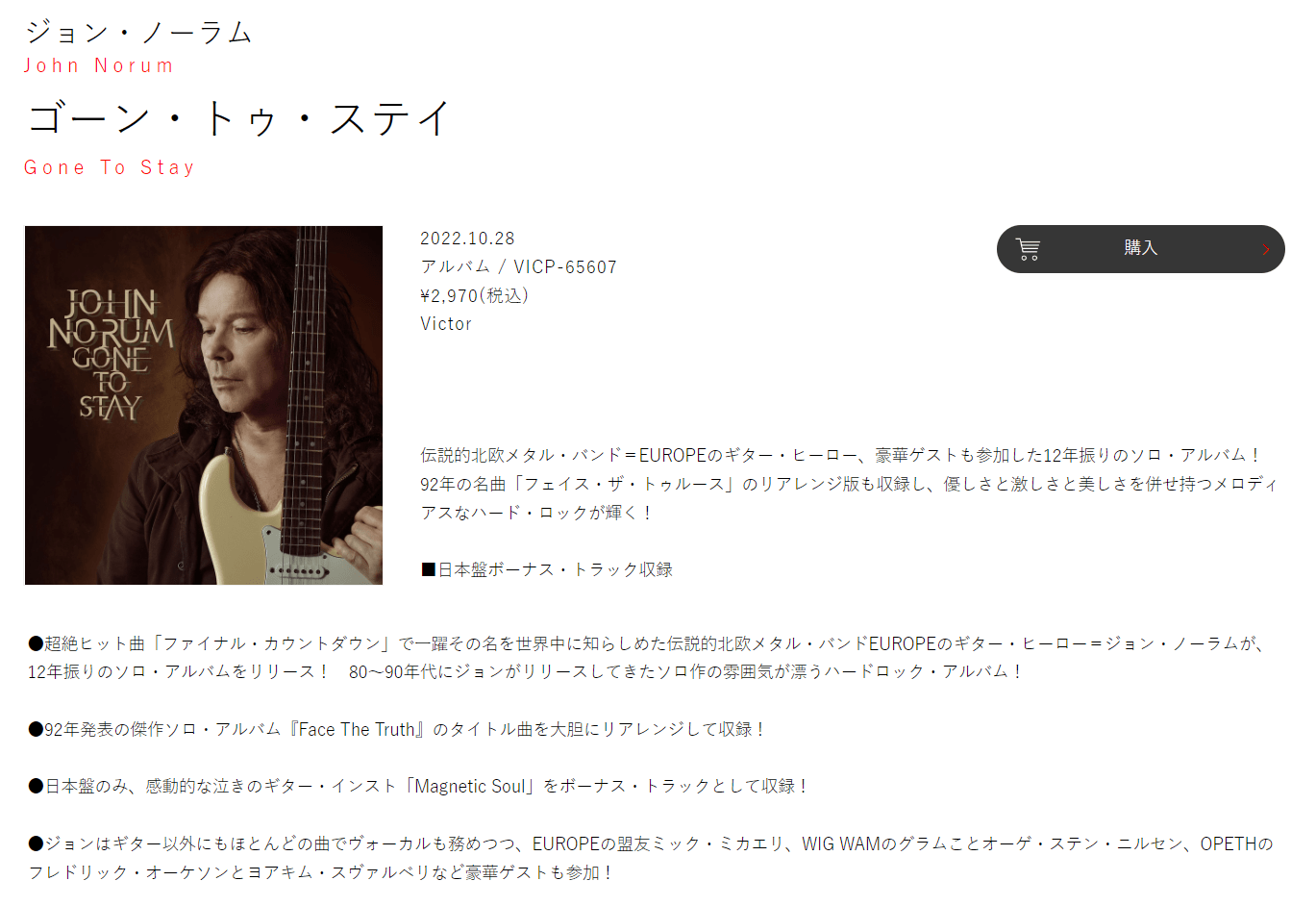 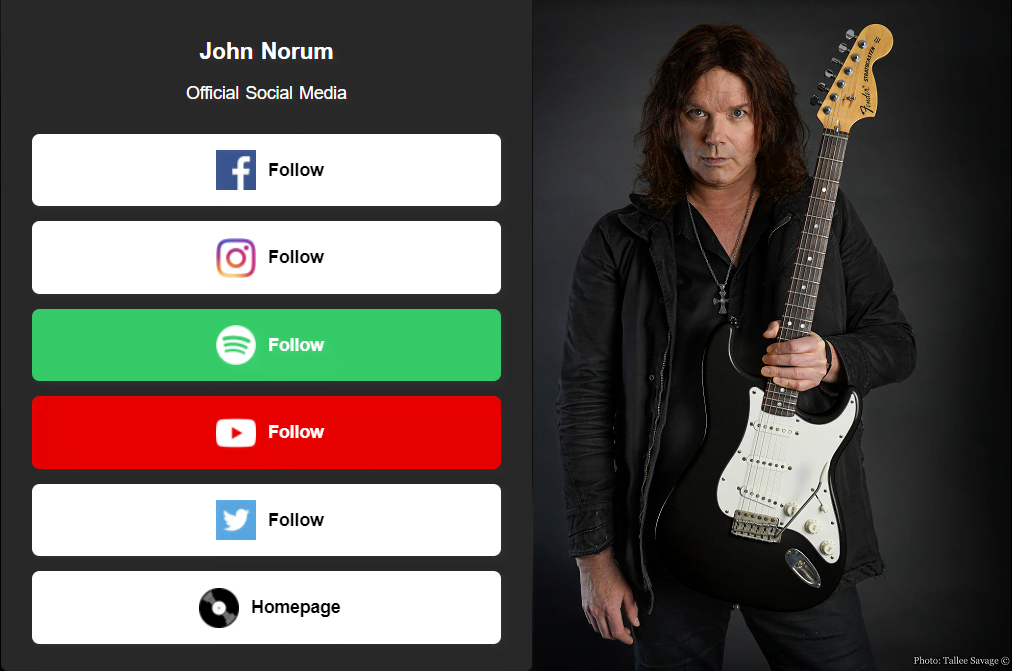 2022-10-28
Previous Post: GONE TO STAY music video – making of
Next Post: ONE BY ONE single in the NORSK ROCK chart on SPOTIFY