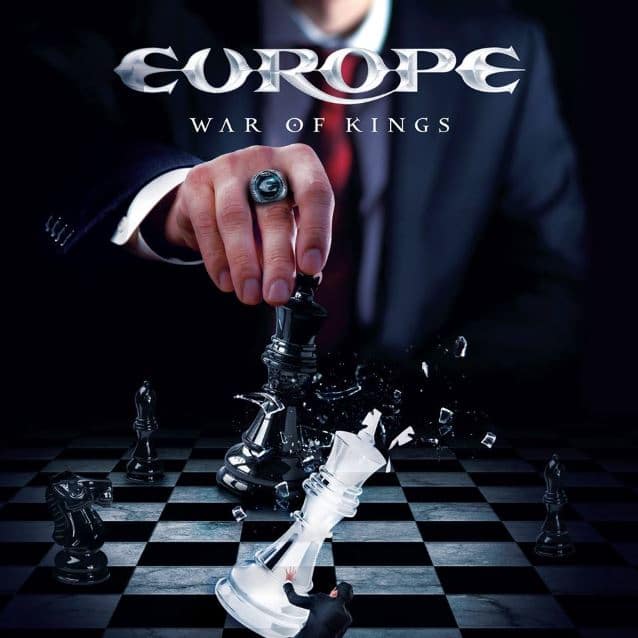 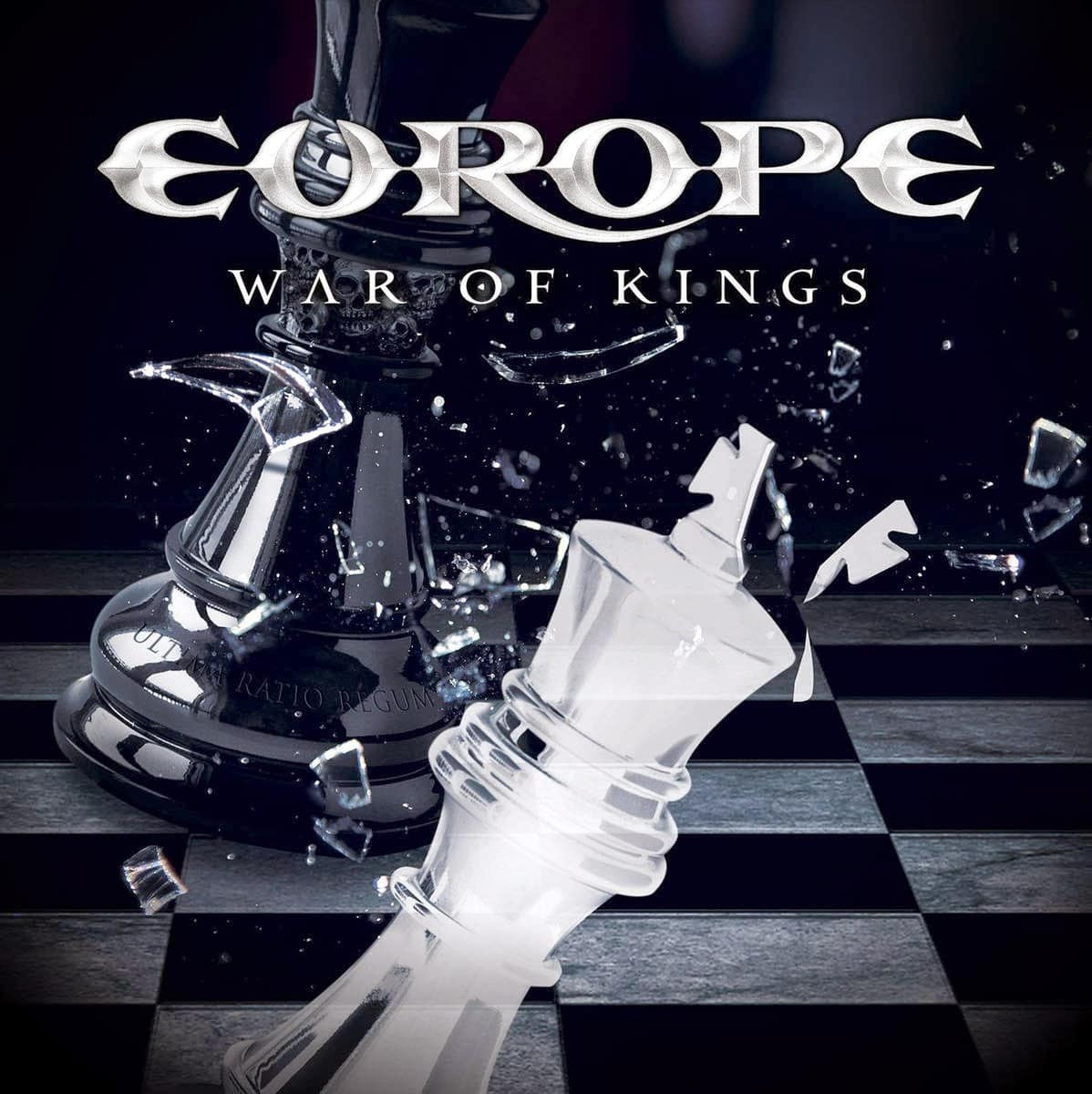 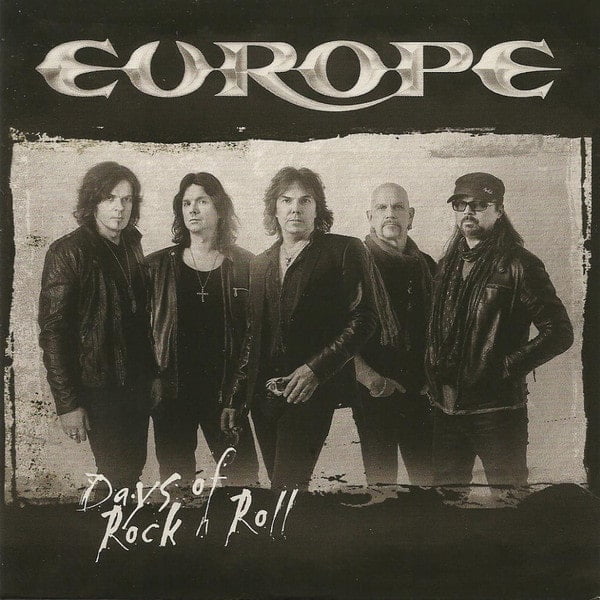 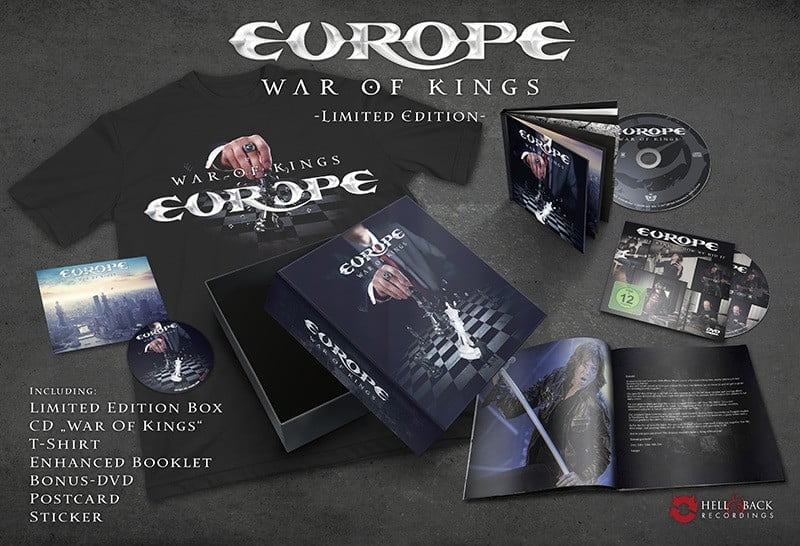 Swedish rock legends EUROPE released their 10th studio album “War of Kings” on March 10th, 2015 in the United States via Hell & Back Recordings. To celebrate the release of “War of Kings”, VH1 has teamed up with EUROPE to exclusively reveal two new tracks from the album. “DAYS OF ROCK ‘N’ ROLL” and “NOTHIN’ TO YA” was aired via VH1.com at 7 am EST Wednesday February 25th. 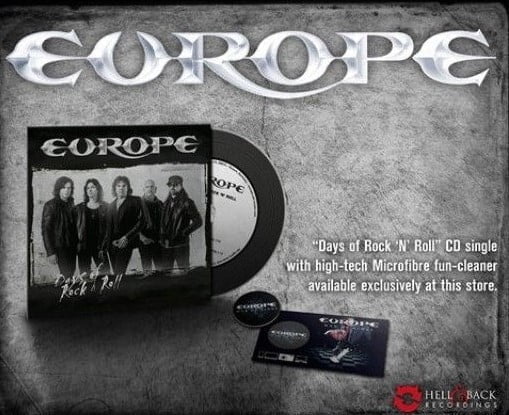 The SECOND SINGLE “DAYS OF ROCK ‘N’ ROLL” from Europe’s album “War of Kings” out March 2015, was available as a limited edition physical CD exclusively at the US dates, as well as at Europe’s own Stereo Boutique Shop starting from April 27th, 2015 through Warner Music.

John Norum has entered the studio with Europe to record their 10th album October 22nd, 2014 with new Producer Dave Cobb and engineer John Netti under UDR RECORDS.
PRESS RELEASE – EUROPE SIGNS WITH UDR RECORDS
German-based label delighted to announce signing of Swedish rock legends.
Swedish rock group Europe have signed with UDR Records for the release of their as-yet-untitled forthcoming album in early March 2015. The recording commences this month in Stockholm.
Europe’s frontman Joey Tempest “We’re really excited to be working with the people at UDR. A very credible label and I am impressed with their work building a future and a solid foundation for their Artists”.
UDR President/owner Ulrike Rudolph expressed her delight in capturing the band for the label. “We are always looking to expand the label’s stable of bands with quality, not quantity, and Europe represent the finest in supremely written hard rock music,” said Rudolph. “They are a group who refuse to rest on their past and continue to grow as artists and musicians, so we are absolutely delighted they have come to us.”
Production on the new material will be handled by Dave Cobb (Rival Sons).
“He is one of few producers out there who is saving rock ‘n’ roll,” said Joey Tempest, “when we first heard Pressure and Time by Rival Sons, we just went ‘who the hell produced this stuff? It’s got tons of heart and soul, it’s cocky, it’s got that swagger, it’s alive and real.’ That’s the journey we’re on with Europe, trying to dig deeper to find more soulful expressions and play straight from the core! So we’re extremely excited to bring this guy into our team.”
The multi-platinum, 20-million-plus selling quintet, recorded 1986’s smash-hit The Final Countdown and toured the World playing sold-out concerts while cementing their place as one of the biggest rock bands of the ‘80s. After re-grouping in 2004 with the ‘classic’ line-up, the band continued their success into the 21st century with Classic Rock Magazine stating upon the release of their last album in 2012, ‘Europe are one of the greatest rock bands on the planet right now.’
In 2015, Europe will once again take to the road as they begin a UK/Ireland tour in Dublin on March 2nd (their first visit to Ireland in 25 years). More dates to coincide with the albums cycle will be announced shortly including territories the band has not visited in some time.
Europe are:
Joey Tempest – Vocals
John Norum – Guitars
John Leven – Bass
Mic Michaeli – Keyboards
Ian Haugland – Drums