In: DVDs
With: 0 Comments
THE FINAL COUNTDOWN TOUR 1986

Tracks:
The Final Countdown
Ninja
Carrie
On the Loose
Cherokee
Time Has Come
Open Your Heart
Stormwind
Rock the Night

Joey Tempest – lead vocals, acoustic guitars
John Norum – lead & rhythm guitars, backing vocals
John Levén – bass guitar
Mic Michaeli – keyboards, backing vocals
Ian Haugland – drums, backing vocals
THE FINAL COUNTDOWN: LIVE IN SWEDEN – 20th ANNIVERSARY EDITION
Remastered edition, released on DVD on October 4, 2006 by Warner Bros. Entertainment to mark the 20th anniversary of the album The Final Countdown.
Bonus material: band interviews made in 2006, picture gallery with rare pictures from the tour featuring the unreleased outtake “Where Men Won’t Dare” from “The Final Countdown” recording sessions, the band revisiting the studio where they recorded “The Final Countdown”, biographies.
The first 5000 printed copies have been released in a special case with the new DVD and “The Final Countdown” album signed by the whole band, a cap and a T-shirt with Europe logo, 2 tickets for the next gig in Sweden.
It did also include an exclusive 8 page colour booklet, with rare and unseen pictures, plus brand new liner notes by the journalist Anders Tengner.
The tracks from LIVE FROM THE DARK DVD have been available starting from November 29, 2006. These tracks haven’t been released on CD or in any other MP3 store.
The Final Countdown
Wings of Tomorrow
Ninja
Carrie
On the Loose
Drum Solo
Cherokee
Time Has Come
Open Your Heart
Rock the Night
Stormwind
Dance the Night Away
The Final Countdown (Reprise) 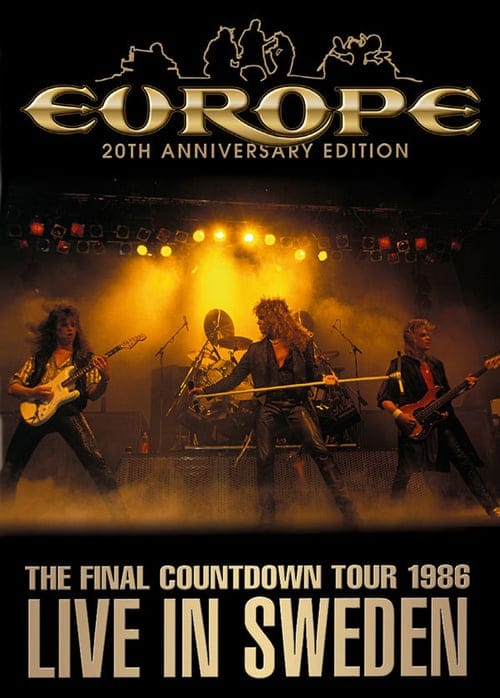 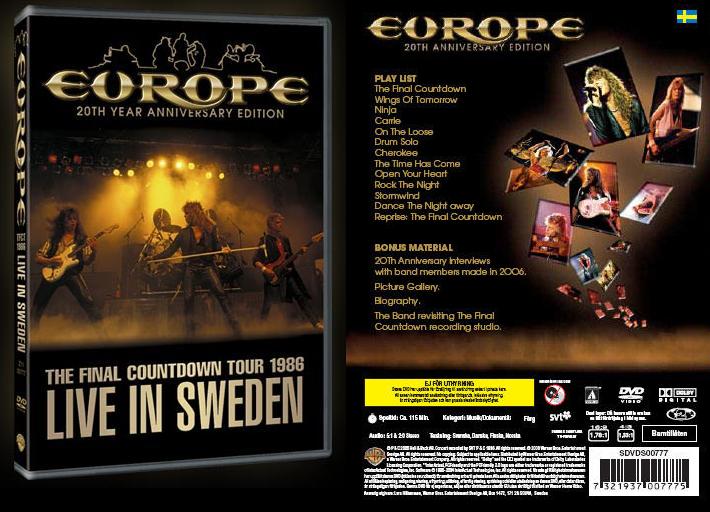