My guitar is simply an extension of my body. Every single note is a matter of life and death. (John Norum)

In: AWARDS & PRIZES
With: 1 Comment
August 31, 2018
Upplands Väsby just gave us a special award for being good ambassadors for our home town. We are very honored. THANK YOU. /Europe 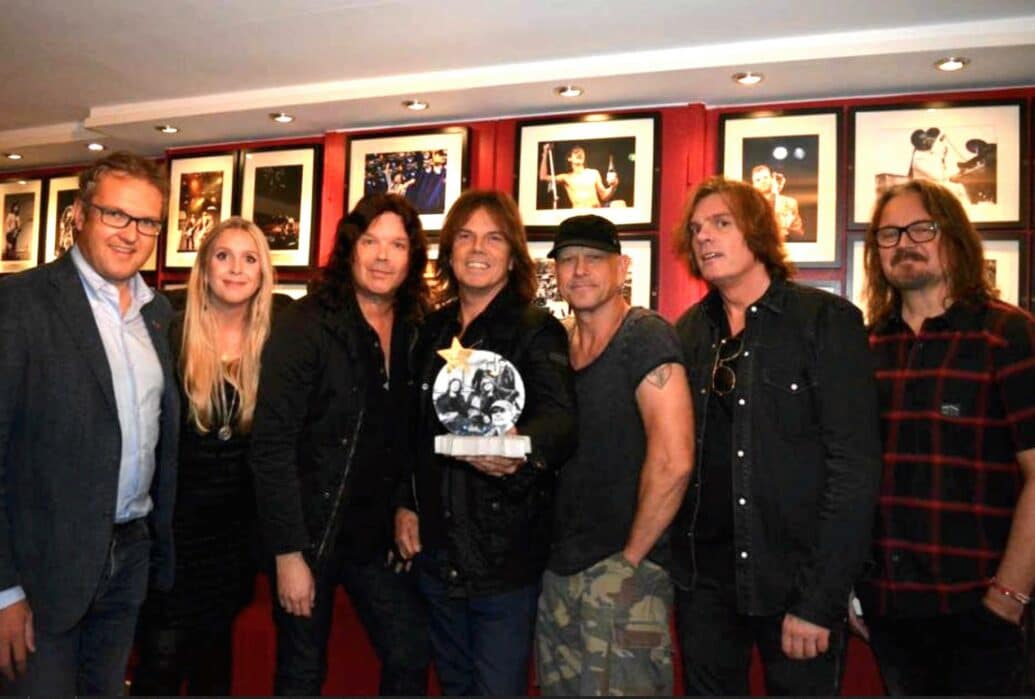 March 28, 2019 In August last year, the rock band Europe from Upplands Väsby received an honorary award from Upplands-Väsby Municipality. The band thanked for the prize, among other things by signing a guitar, which is now in a booth at the Messingen in Love Almqvists Torg 1. The guitar, a Stratocaster, has previously been played by students in the “Europe Room” at the Upplands Väsby Musikskola, and it has been named “Europe”. And one can say that the Music School’s guitar is now “well-signed” by the stars in Europe!” (translated from  Upplands Väsby kommun FB page). 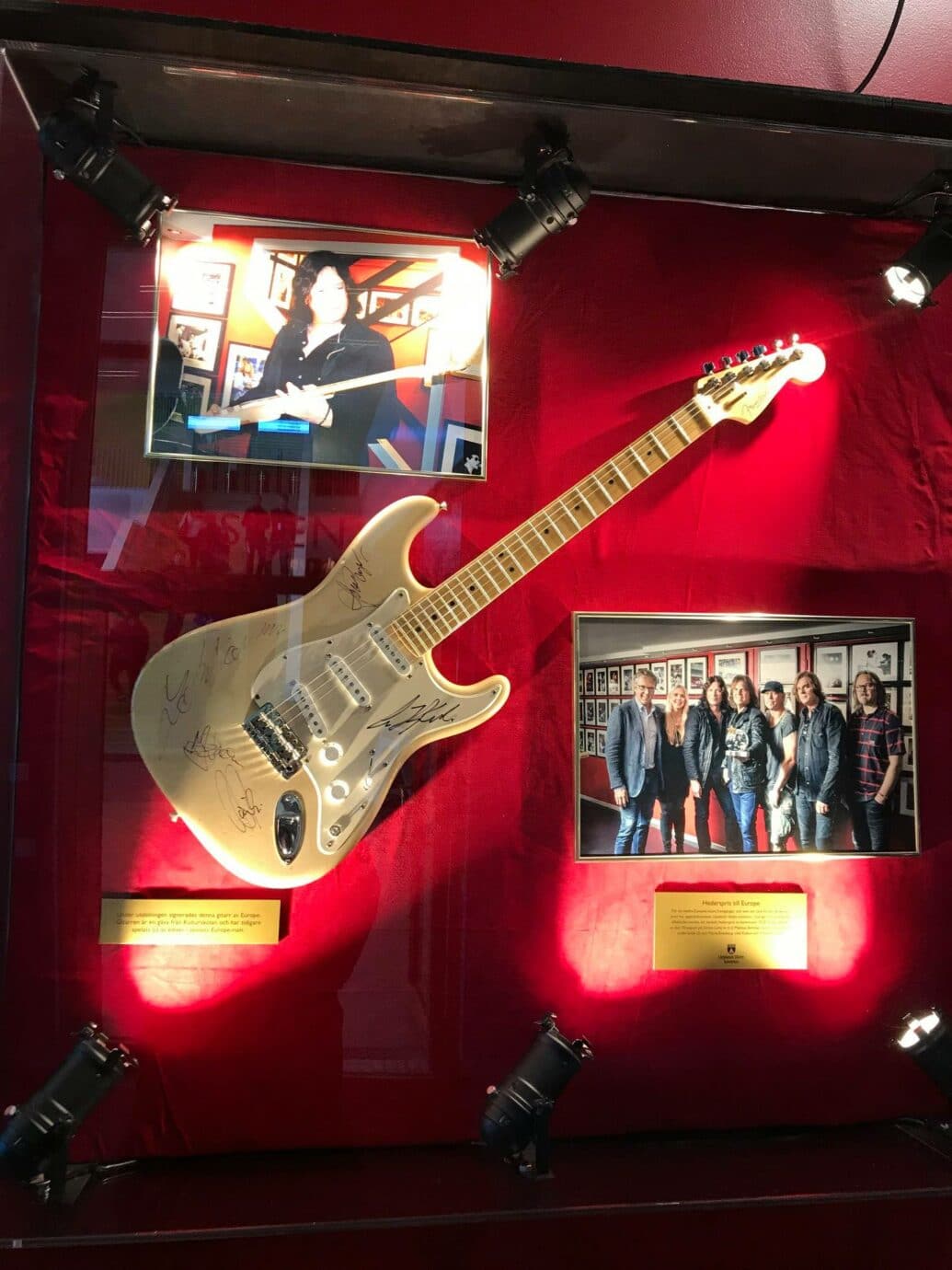